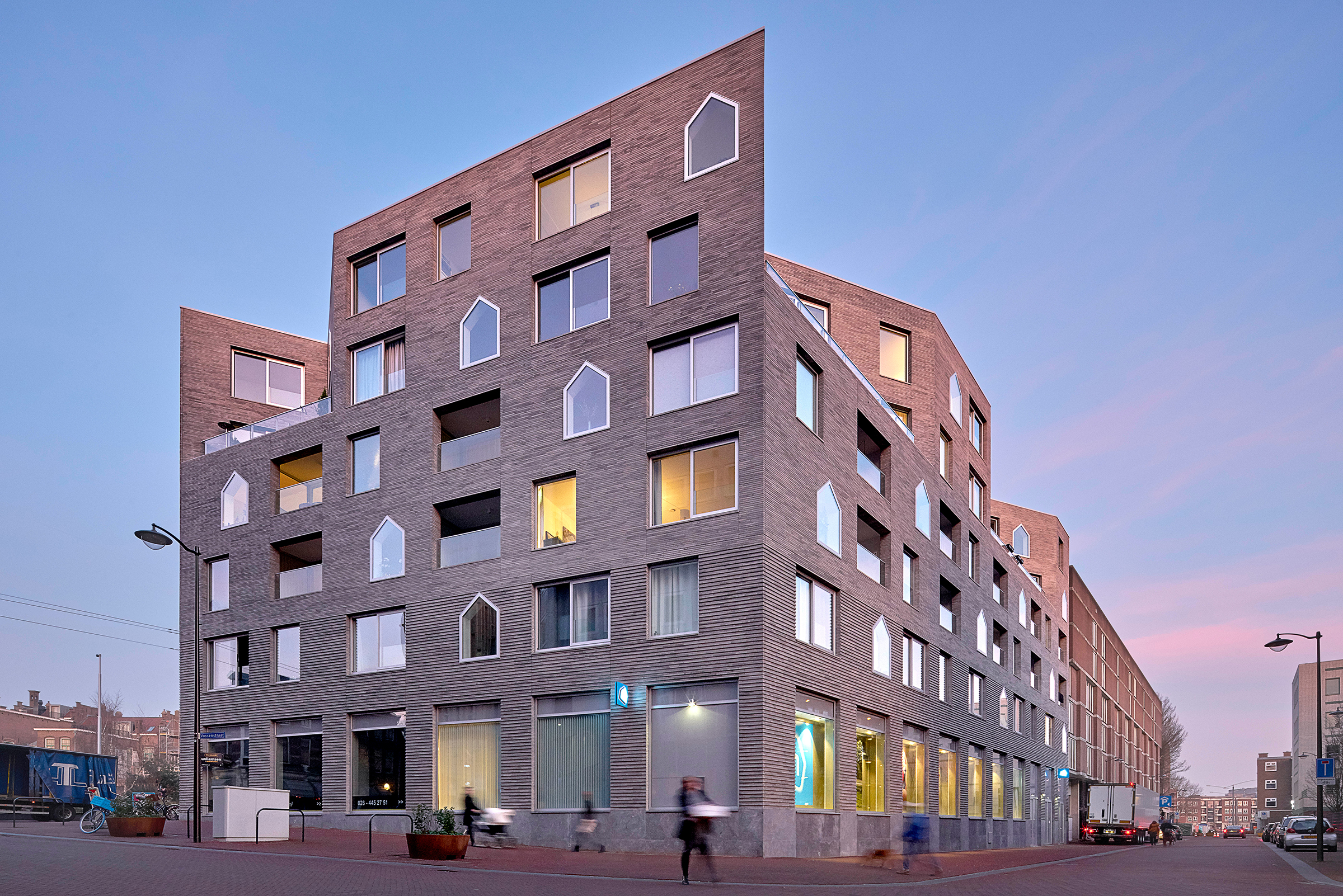 Barcode Architects developed an apartment complex with urban allure and contemporary architecture that subtly fits into its context along the Bartokplein in the Arnhem city center. The project consists of 62 inviting urban dwellings with a varied commercial program in the plinth, further enhancing the liveliness of the Bartokplein. The apartments are accessed via a spacious and attractive courtyard. 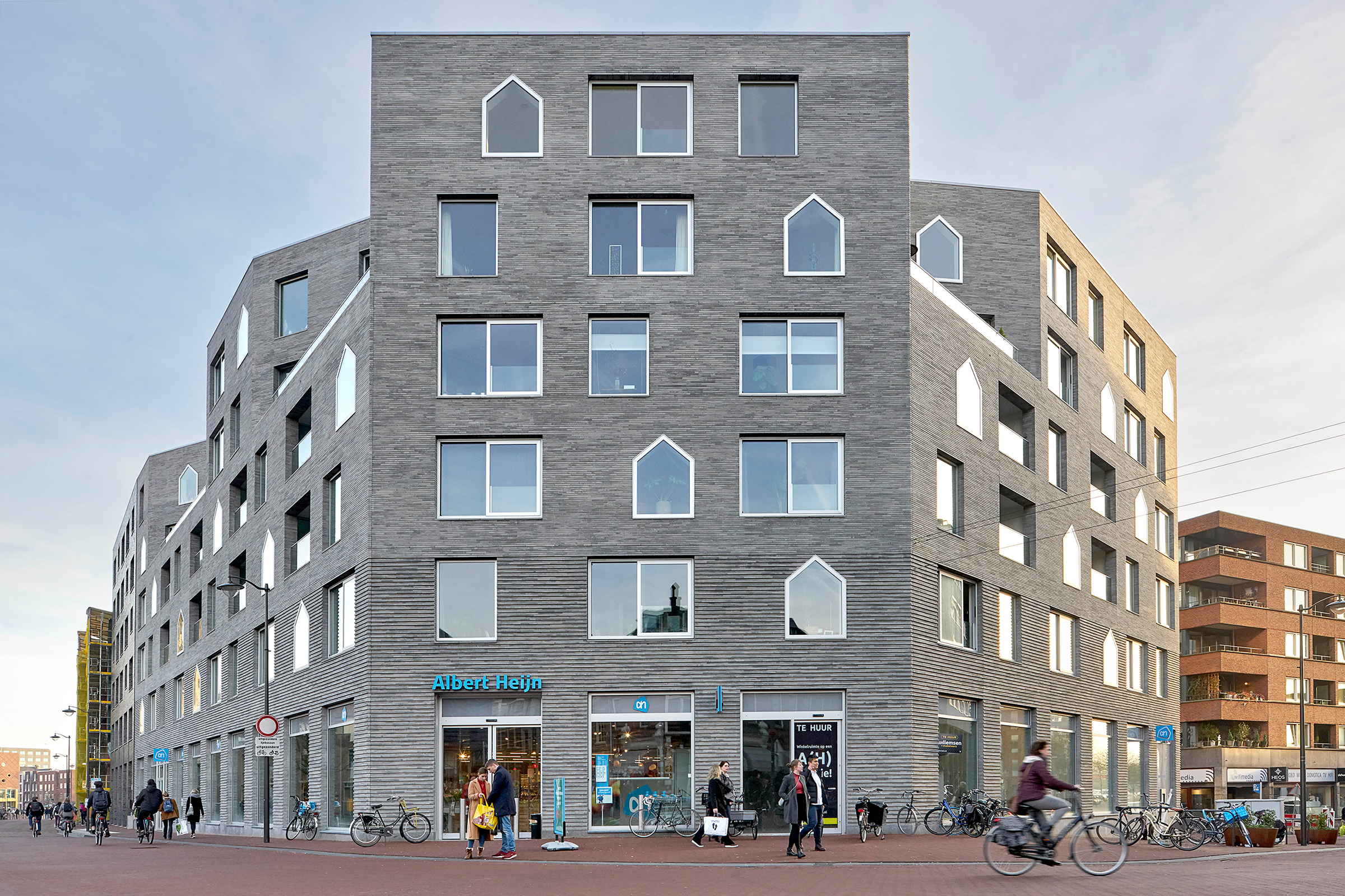 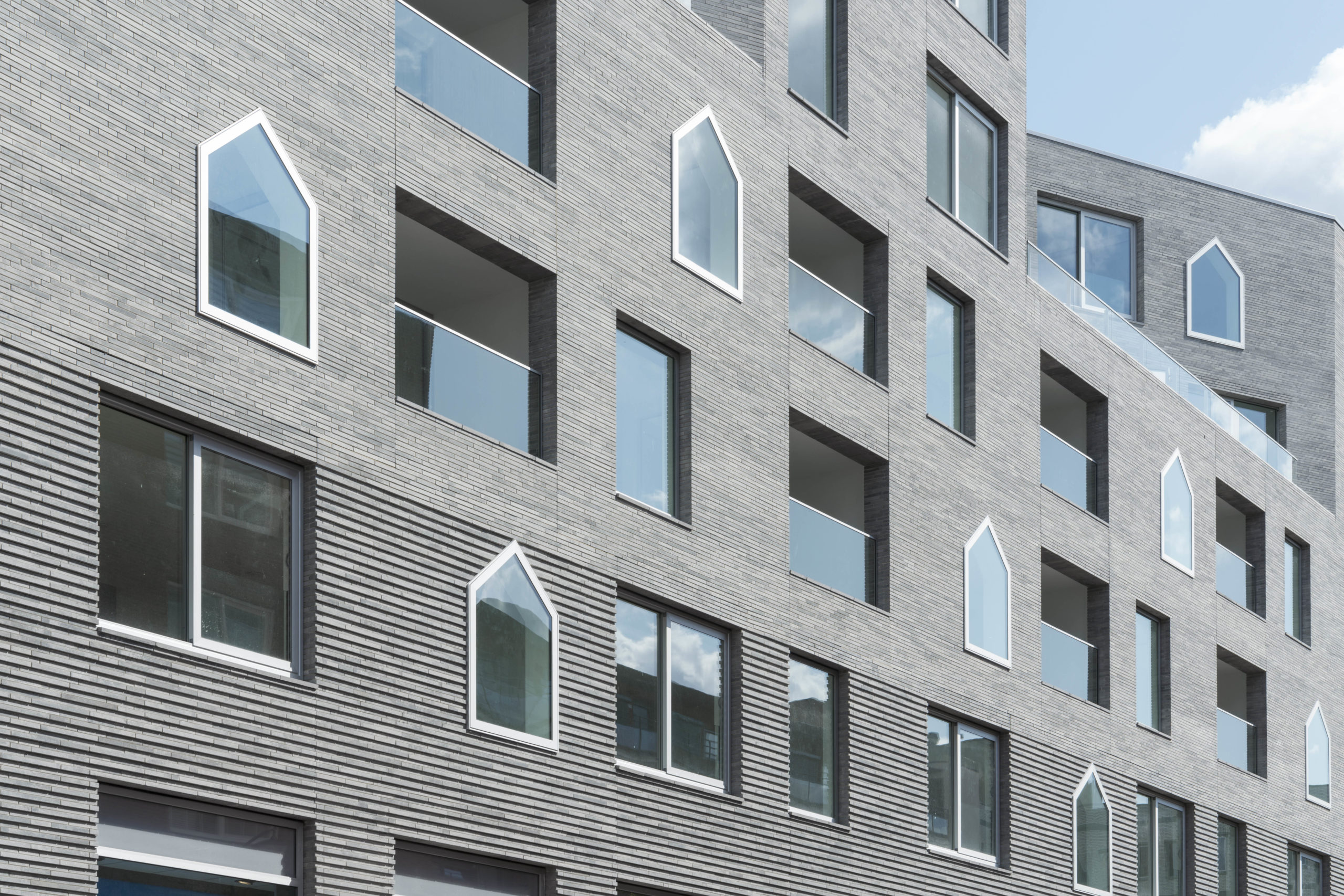 The project is characterized by its striking building volume with large folded-back terraces and its distinctive differentiated façade. By folding the top two layers inwards, the massive volume is fragmented, giving it a grain size that fits with the area. As a result the volume aligns with the smaller historic buildings, but also with the large residential blocks from the 1970s surrounding it. This connecting role between old and new is also reflected in the façade concept: rather than designing another anonymous block we developed a façade that goes back to the architectural richness of the historic city center but that also has a modern, luxurious appearance. The façade is characterized by a sleek grid, which creates a certain peace, despite the multitude of windows. With each layer a small change is made to the placement of the windows, creating a dynamic whole. For Bartok we designed an unique protruding house-shaped window, that references the windows of the historic surrounding buildings. 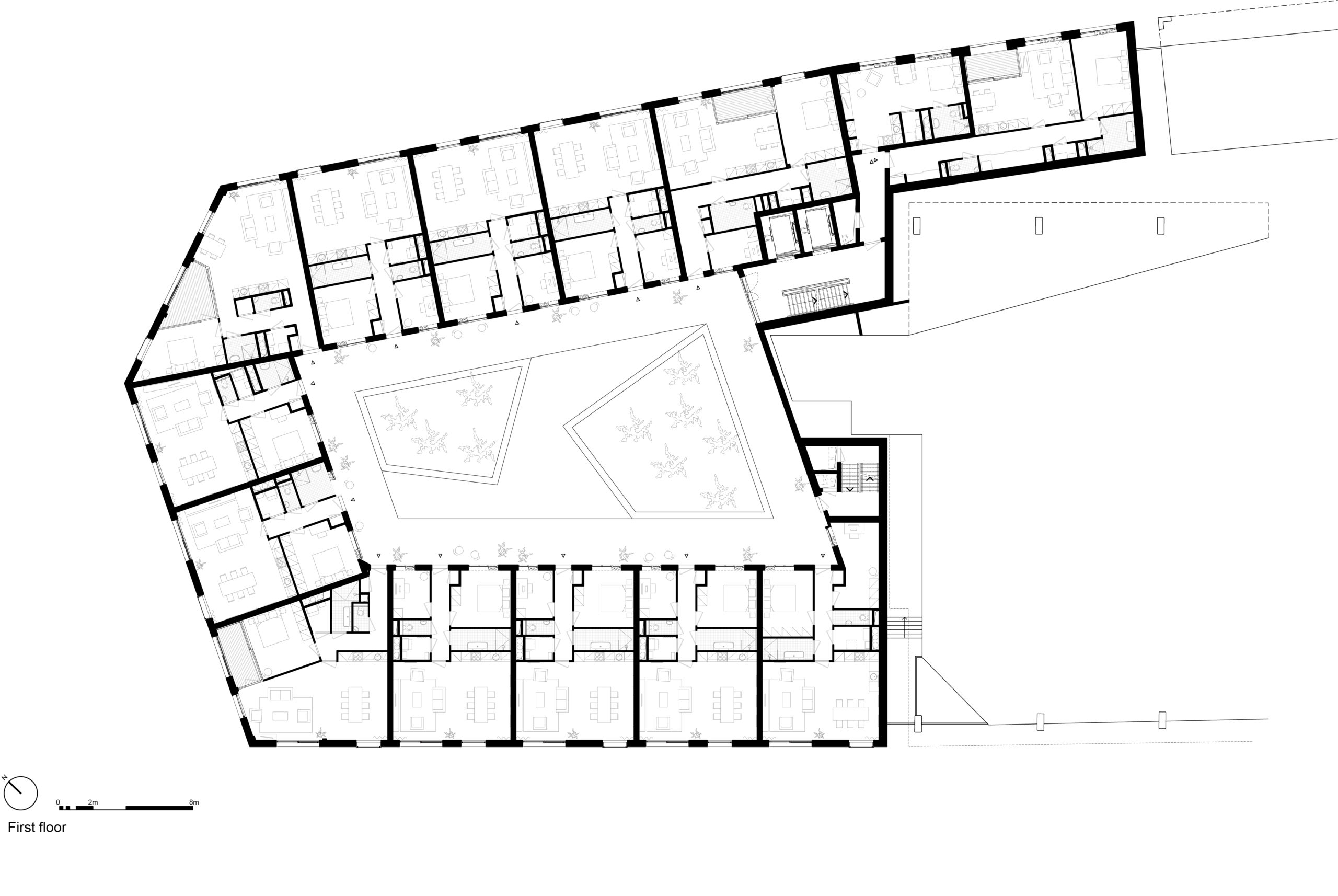 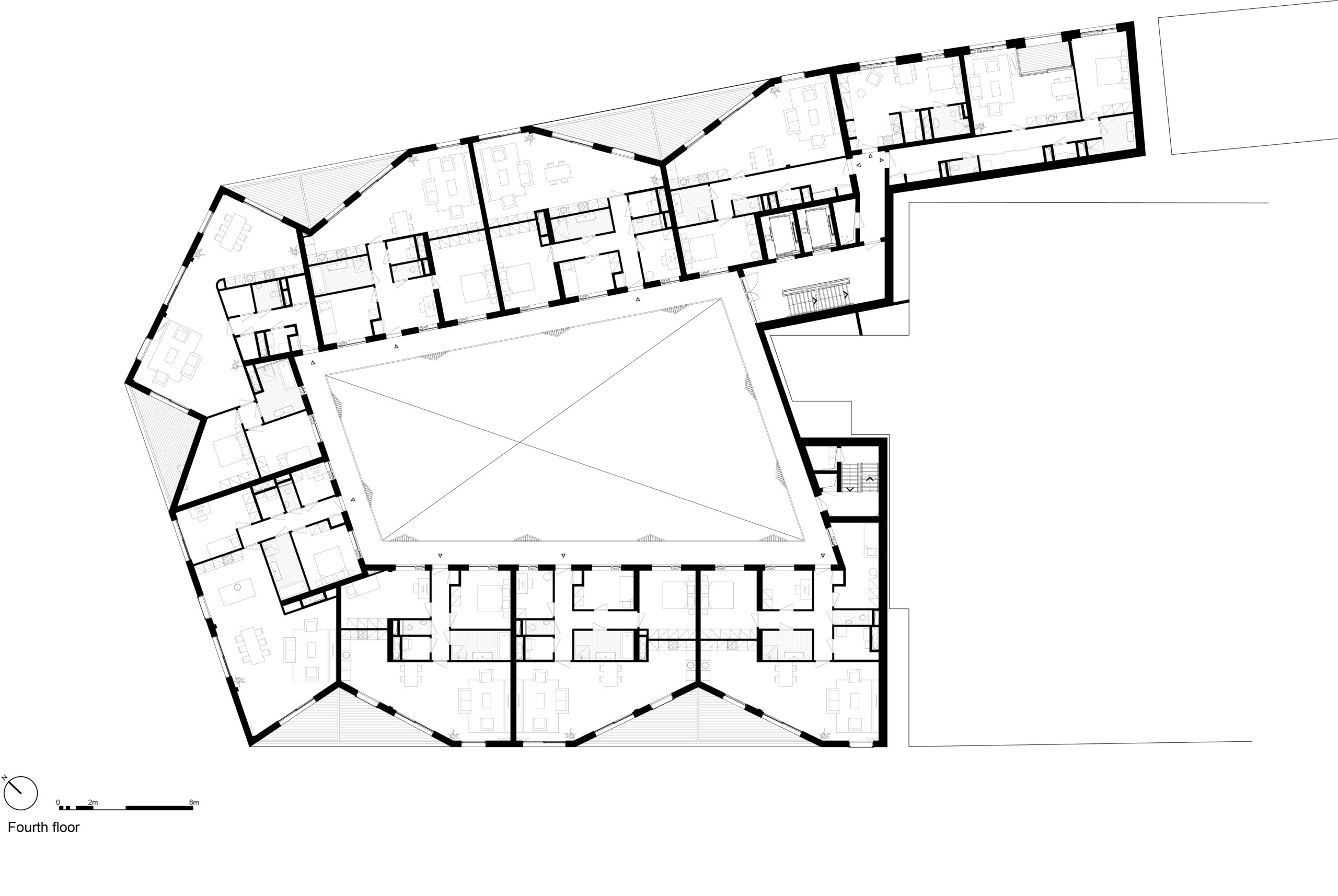 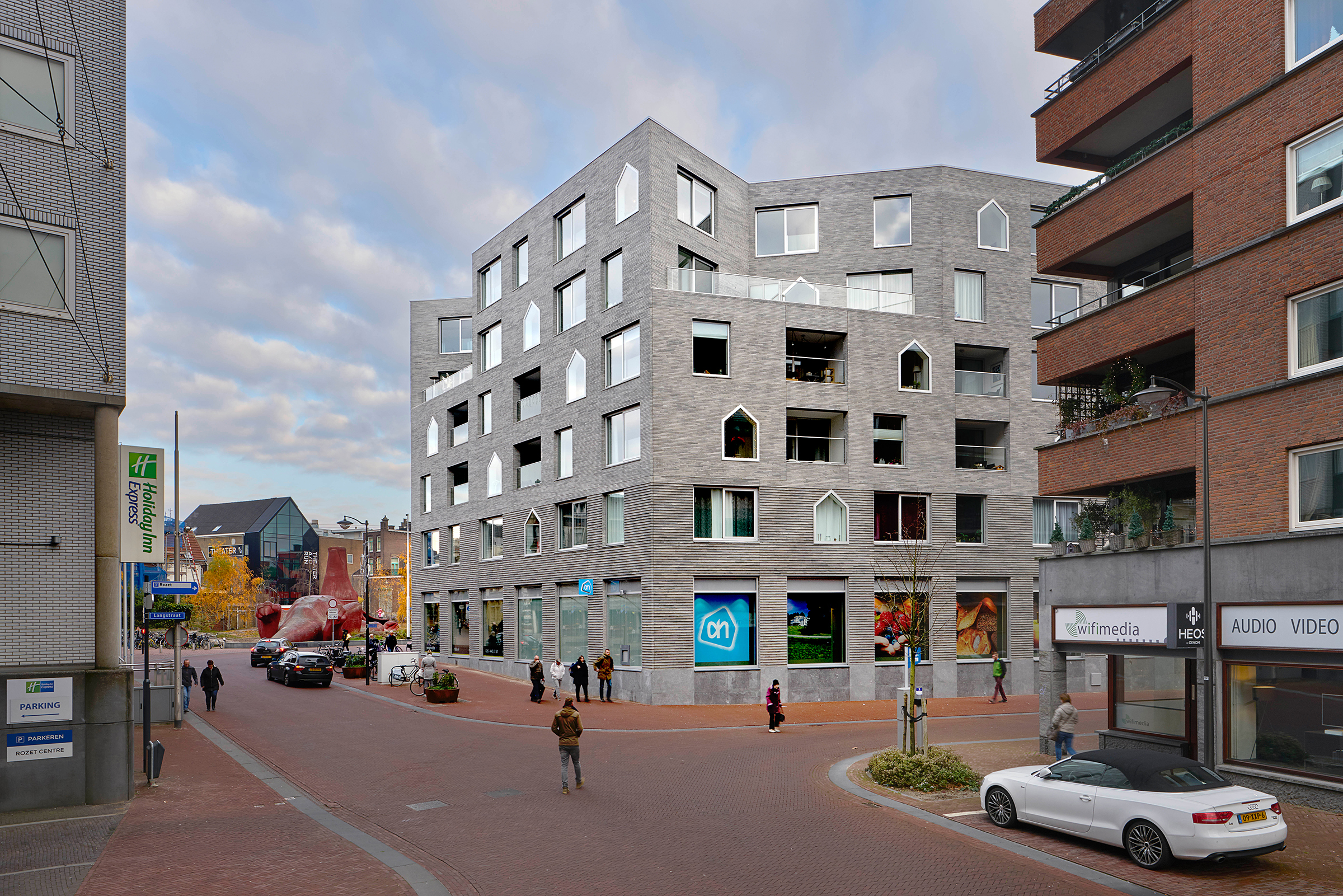 The 62 spacious apartments have high quality finishings and meet the housing needs of a diverse group of people, from ambitious starters to families wishing to live in the inner city. Each apartment has its own front door along the green courtyard. 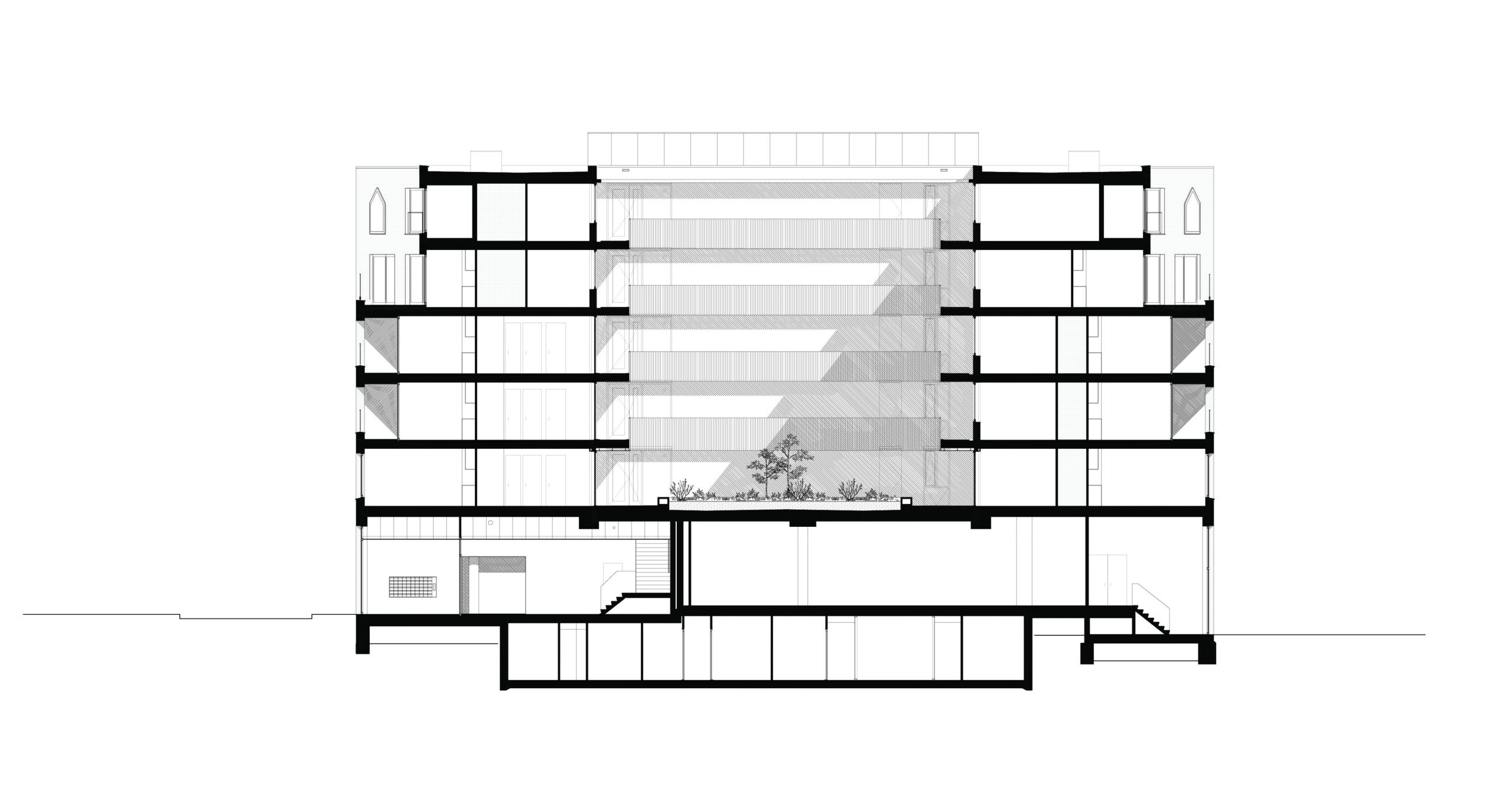 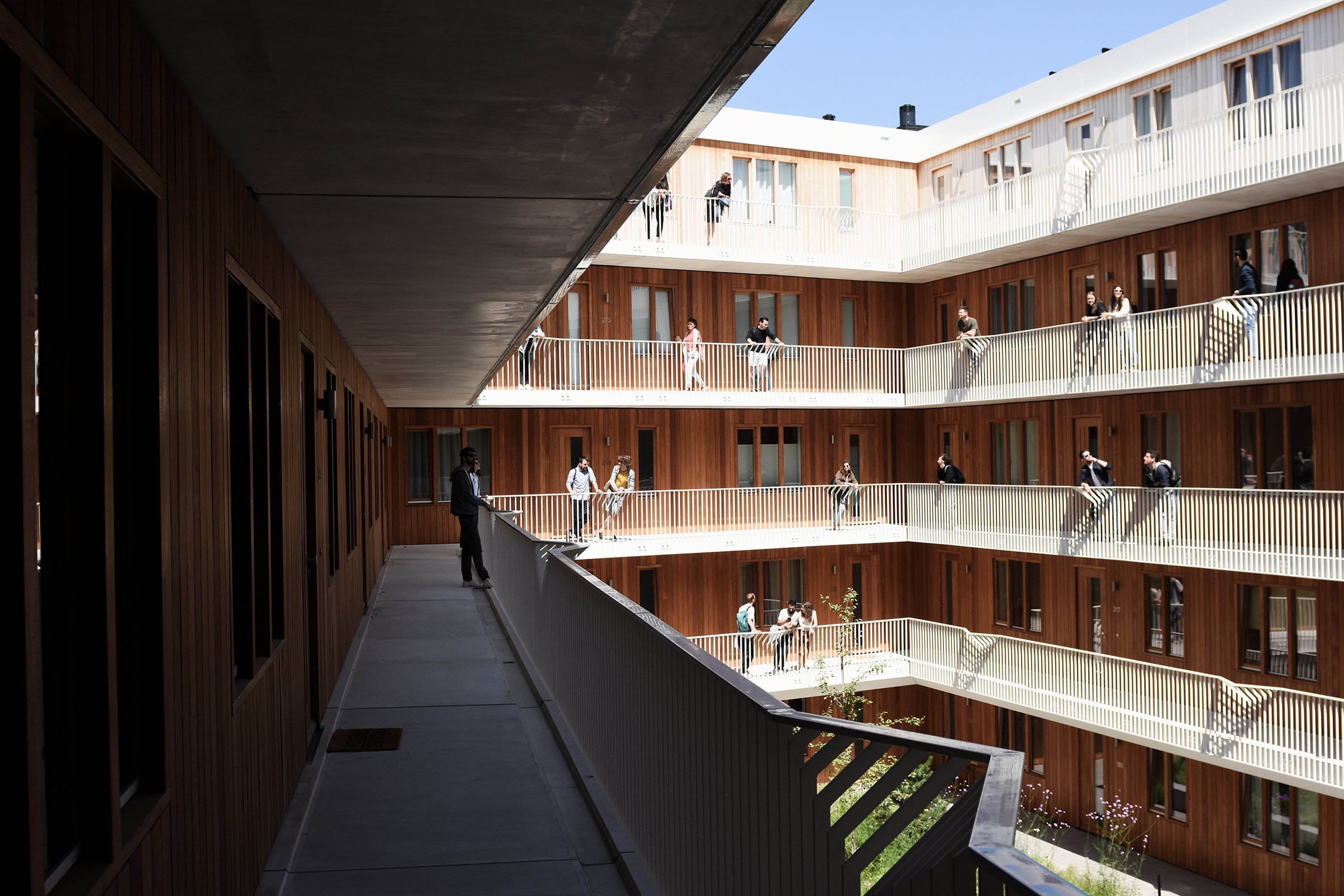 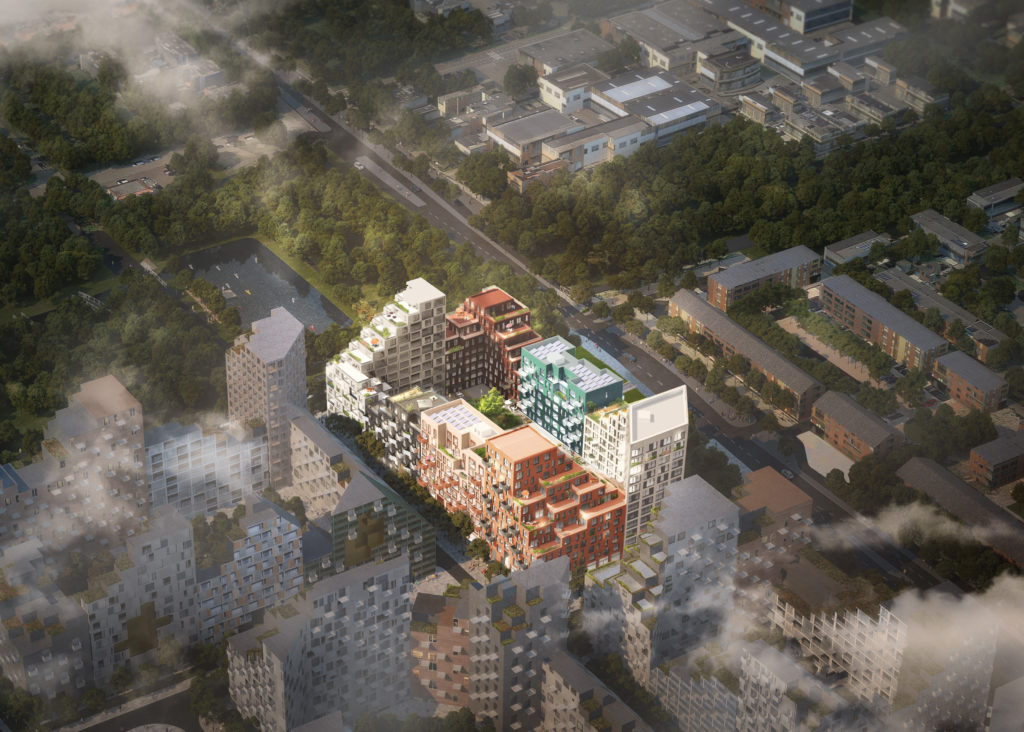 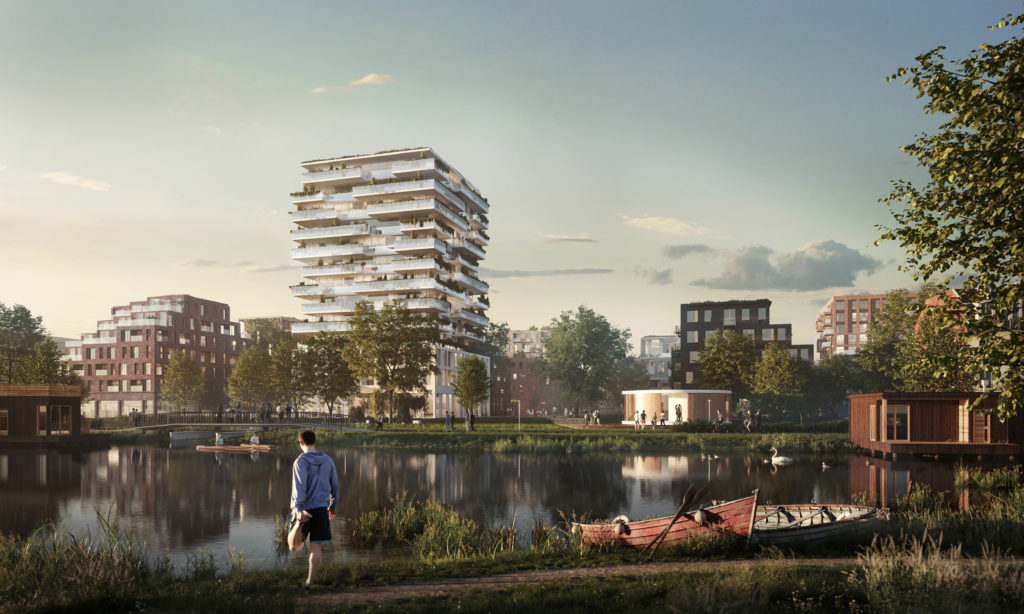 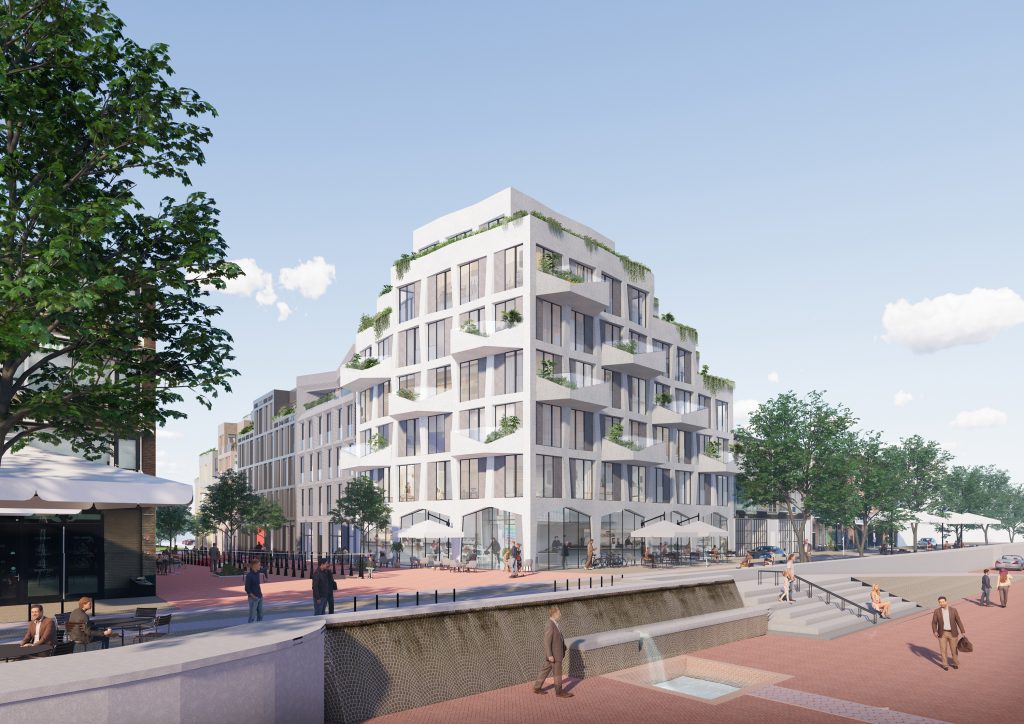 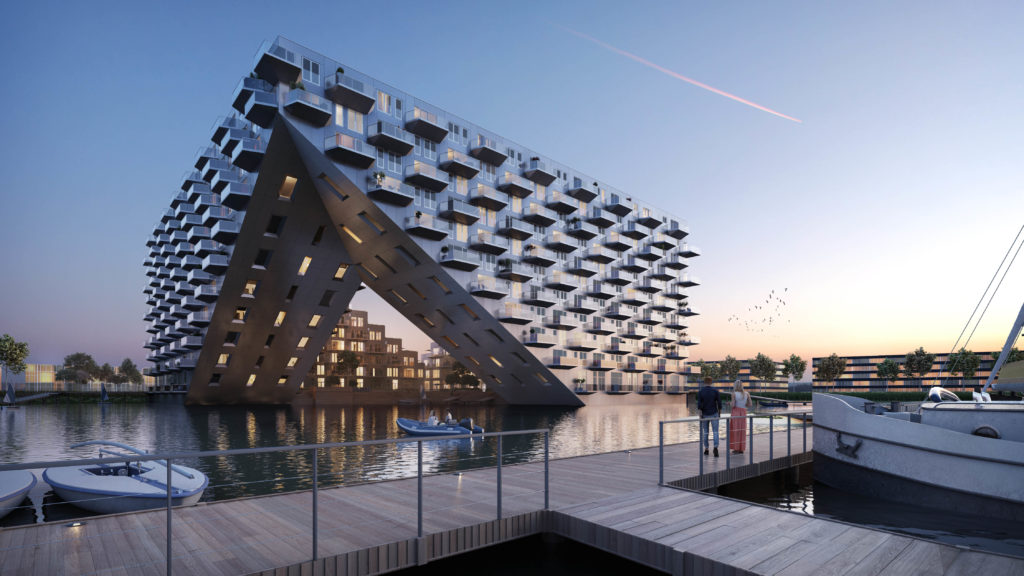