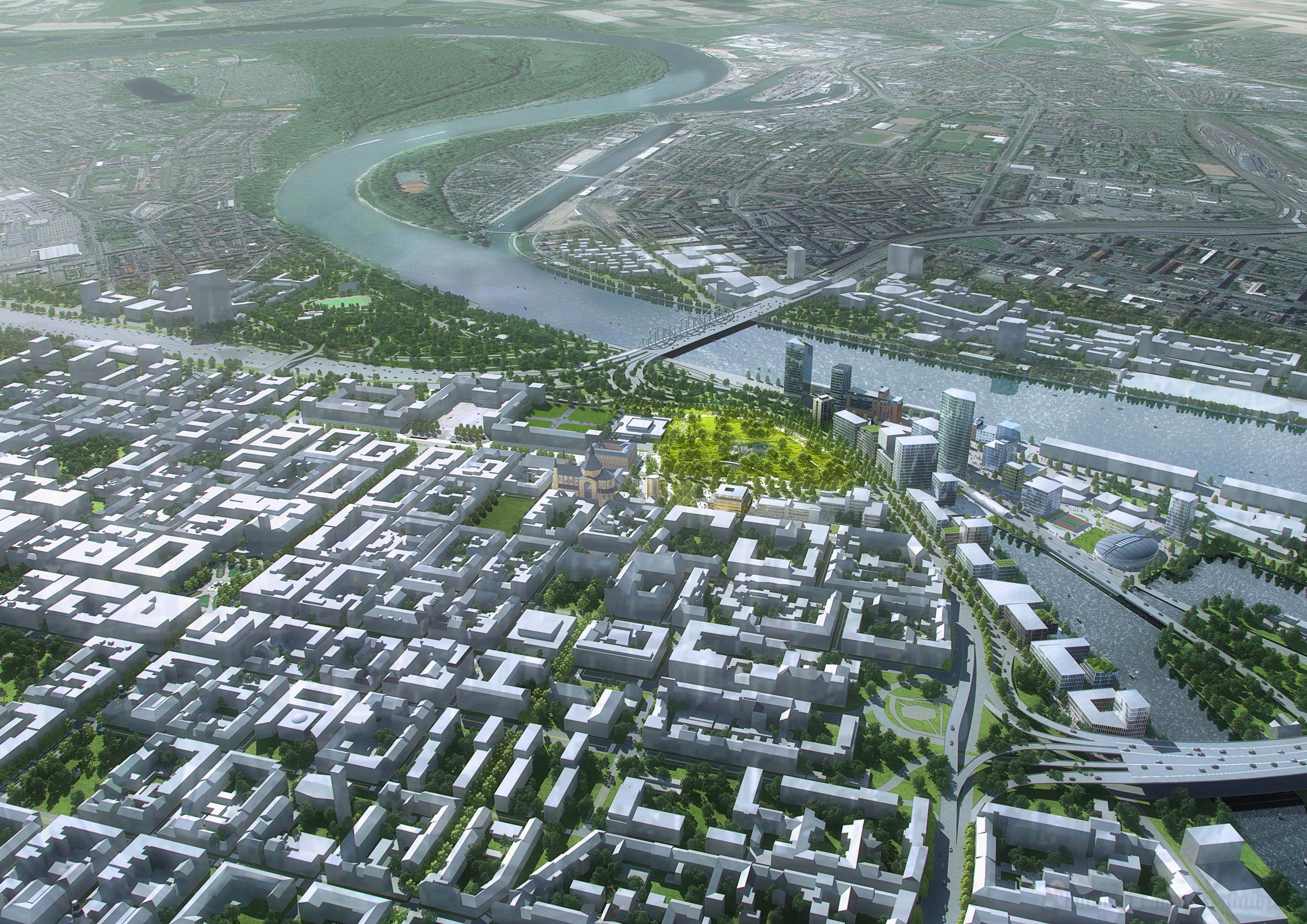 The area around Mannheim University and the city’s port is strongly characterized by complex infrastructures, which divide the area along different axes. In our vision for the expansion of the Mannheim University, we wanted to give a large-scale green space back to the neighborhood. We placed the planned new university buildings along the park, thus creating a university garden. By placing the buildings along the park rather than in it, we wanted to create identity-giving structures in order to initiate the development of the harbor area along with the music campus in the north. A new spacious promenade surrounds the Friedrichspark and connects it to the surrounding buildings. 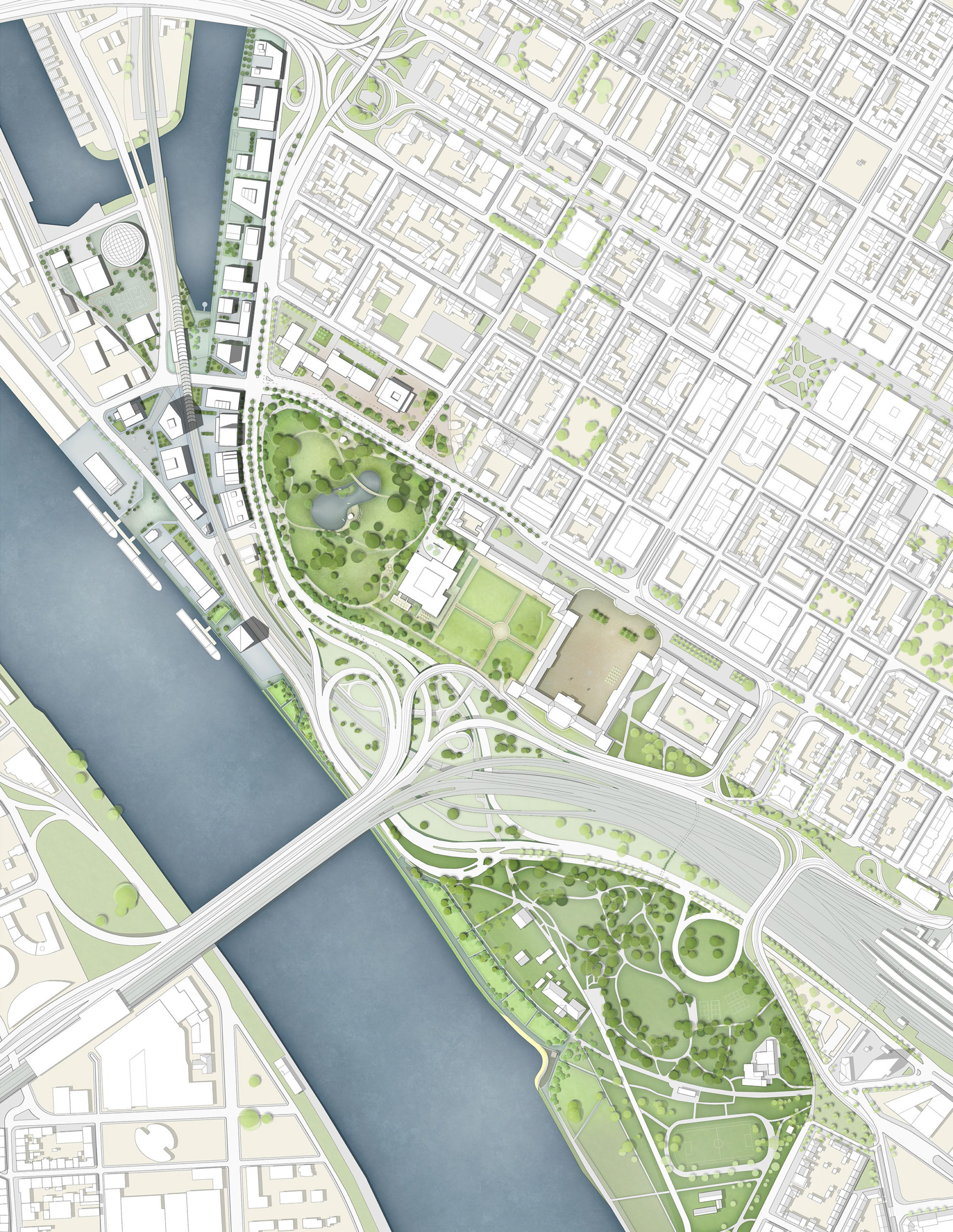 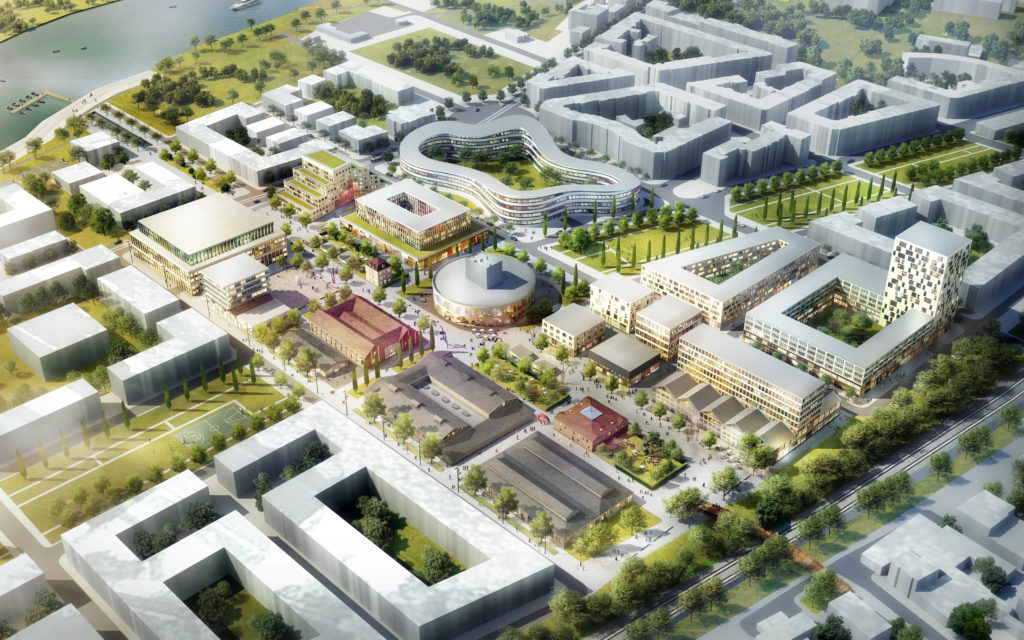 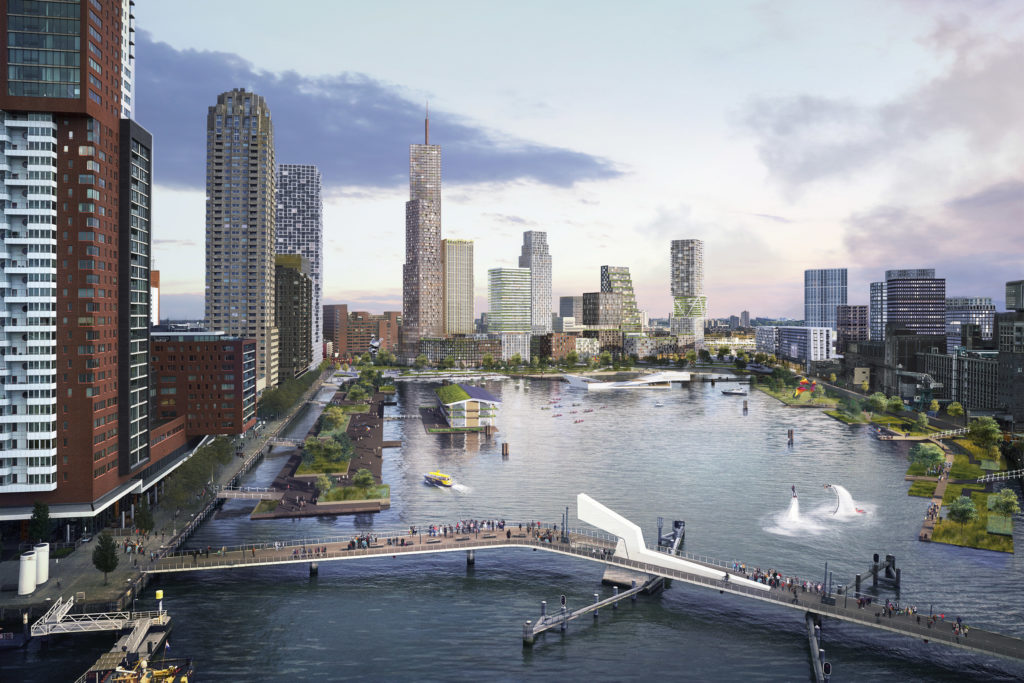 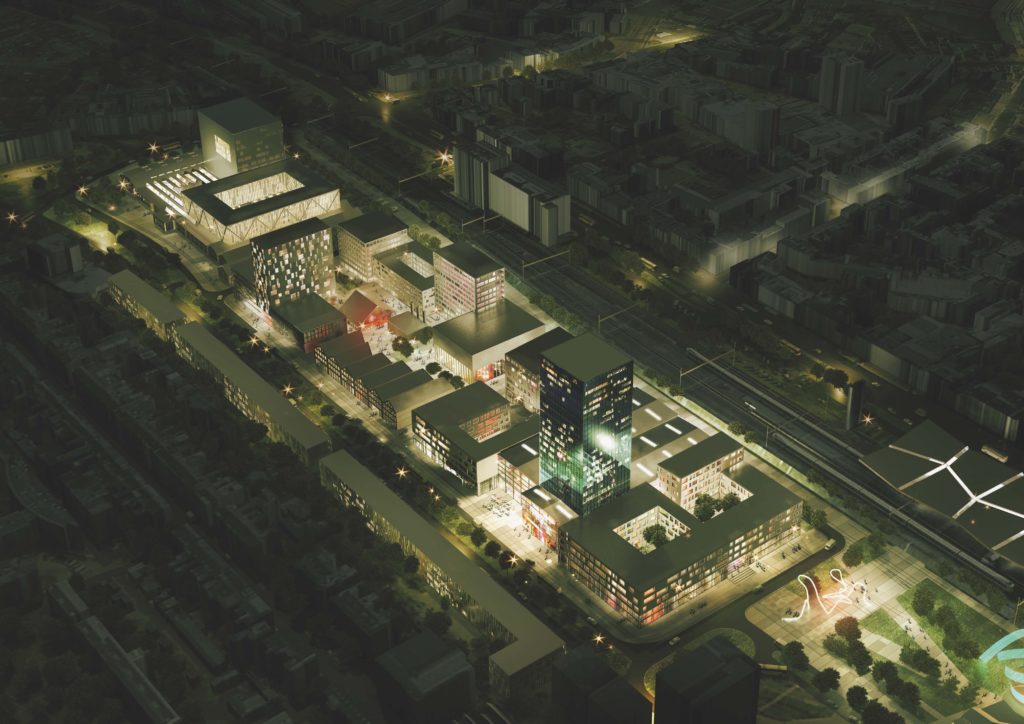 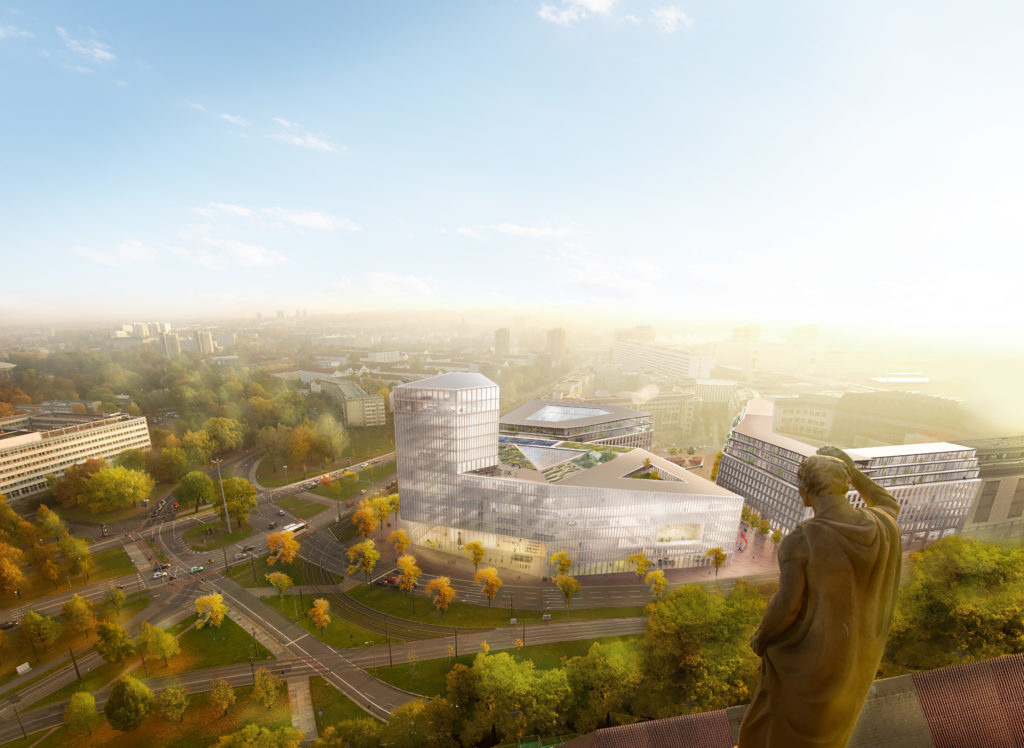